During the first two weeks that Brenda was taking care of her elderly mother, she was struggling to figure out exactly

how to be the best caregiver possible. She didn’t have any real experience doing this type of work before and because she lived relatively close to her mother, she felt it was her responsibility to be there for her.

During those first few weeks, Brenda felt overwhelmed and was constantly trying to think of things to do with her mother that were safe and interesting. Her mother wanted to go to the park, walk around and feed the birds, and do some other things, but because she was relying on a walker, Brenda didn’t think this was a good idea.

In time, Brenda realized there are many activities that are incredibly beneficial to seniors of all ages and physical abilities. She also learned that just because her mother was relying on a walker to get around, it didn’t mean she had to be resigned to staying home all the time.

A coworker mentioned a particular activity Brenda thought her mother would probably enjoy. She suggested Brenda take her mother to the library and, if she was interested, sign her up for a book club or reading group. Her mother was an avid reader and while she continued to read voraciously on her own, she often didn’t have the opportunity to spend with other people.  At the local library, there were a few reading groups that got together once a month to discuss particular books.

When Brenda took her mother to the library, she also learned about some other activities she thought her mother might enjoy. One of those activities was a knitting group that met every other week in one of the conference rooms of the library. Brenda had no idea libraries would promote activities that didn’t involve reading, but they did.  Brenda also discovered a weekly movie group which met to watch highly rated classic and new movies. Her mother ended up meeting many new people through these activities, and it has provided Brenda an opportunity to get other things done that were important to her personally.

April 12th through the 18th is National Library Week and for any caregiver, family member or otherwise, consider looking at what the local library has to offer.

If you or an aging loved one are considering hiring professional caregivers in North Canton, OH, call the caring staff at Rather Be Home Senior Care at (330) 915-4575 today! 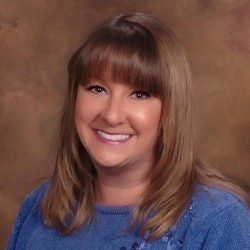